The United States annexed Texas after years of debate. In this mini-lesson, students learn about Texas’ independence from Mexico, the role of slavery in delaying Texas’ admission, and how President Tyler pushed annexation through in the final hours of his presidency.

Get access to lesson plans, teacher guides, student handouts, and other teaching materials. 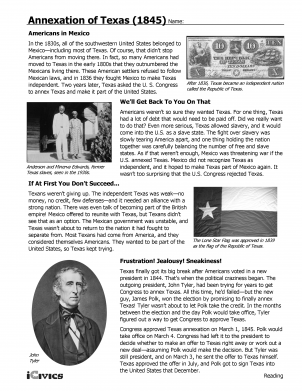 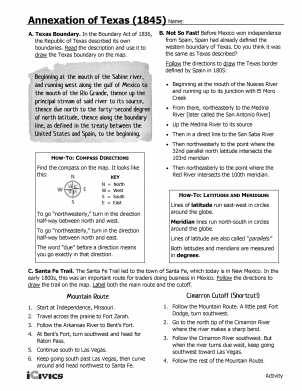 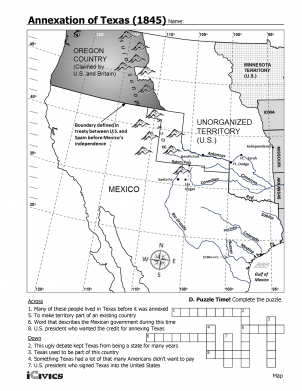 I find the materials so engaging, relevant, and easy to understand – I now use iCivics as a central resource, and use the textbook as a supplemental tool. The games are invaluable for applying the concepts we learn in class. My seniors LOVE iCivics.

See how it all fits together!