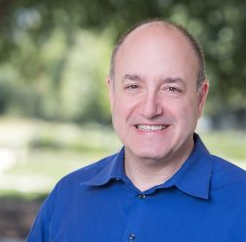 Kramer, President of the William and Flora Hewlett Foundation, succeeds Wendy May-Dreyer, and will guide iCivics as it continues its expanded scope of work.

CAMBRIDGE, MA [May 17, 2022] – iCivics, the nation’s leader in civic education, today announced Larry Kramer, President of the William and Flora Hewlett Foundation, as its new Board Chair. Kramer succeeds Wendy May-Dreyer, who took over from founder Sandra Day O’Connor and led the board for two three-year terms.

In recent years, iCivics has expanded its scope and embarked on an ambitious strategic plan to realize its vision of a thriving American democracy supported by informed and civically engaged young people. The leading provider of K-12 civic education content, iCivics creates free, nonpartisan online games and digital resources that are now used by more than half of middle and high school students across the country.

Kramer will lead iCivics as it continues its work to make civic education a national priority in order to sustain and strengthen our constitutional democracy. As part of these efforts, iCivics continues to lead efforts to implement a roadmap developed by more than 300 experts from across the viewpoint spectrum that states and school districts can use to achieve excellence in civics and history education. iCivics also leads a coalition of more than 200 organizations working to advance the civic mission of schools.

“It’s an honor to lead the board of iCivics and to work with its talented team and broad coalition of partners to strengthen civic education, which is essential for a robust and healthy democracy,” Kramer said. “iCivics is doing critical work to ensure that every young person has the knowledge and skills necessary to be an informed, engaged participant in civic life.”

As President of the William and Flora Hewlett Foundation since 2012, Kramer has guided the foundation in maintaining its commitment to enduring issues such as education while responding to pressing and timely problems, such as political polarization and cybersecurity. Kramer previously served as the Richard E. Lang Professor of Law and Dean of Stanford Law School. Earlier in his career, he served as law clerk to U.S. Supreme Court Justice William J. Brennan Jr..

Kramer succeeds May-Dreyer, under whose leadership iCivics grew from reaching 48,000 to 145,000 educators, and serving up to 9 million students. During May-Dreyer’s tenure as Board Chair, Educating for American Democracy and the CivXNow Coalition were both initiated, and contributions to iCivics more than quadrupled. May-Dreyer also founded and chairs the Texas Civic Education Coalition, a cross-ideological coalition of more than 40 organizations with a mission to improve civic education in Texas.

“We’re incredibly excited that Larry Kramer has agreed to become iCivics’ next Board Chair and believe that he is the perfect fit for the organization as it reaches a new growth point,” iCivics Executive Director Louise Dubè said. “Larry’s experience in the nonprofit sector, and his knowledge of the education and political fields – along with his legal expertise – will help steward iCivics into its next phase.”