National Endowment for the Humanities Invests $1.7 Million in the Implementation of Roadmap to Educating for American Democracy 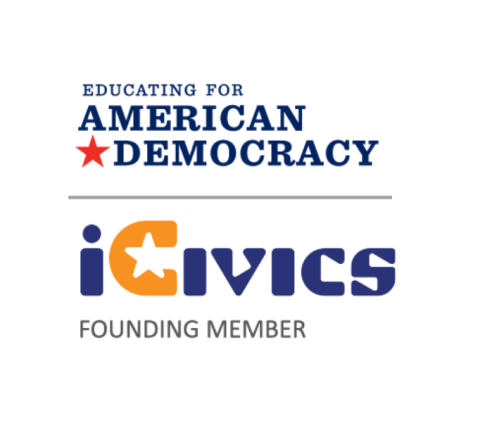 NEH will provide $1.7M in support of research, professional development, community building, and EAD implementation with the largest portion of funding earmarked for expansion into K–5.

WASHINGTON, DC [January 10, 2023] – The National Endowment for the Humanities (NEH) today announced that it will continue its investment in implementation of the Roadmap to Educating for American Democracy (EAD) with $1.7 million to be distributed over the next two years to build the foundations for widespread adoption of EAD-based K–12 civic and history education.

The NEH and the U.S. Department of Education provided initial funding for the Educating for American Democracy Initiative, an unprecedented effort—led by research centers and schools at Harvard, Arizona State and Tufts Universities along with iCivics—that engaged more than 300 experts from multiple perspectives to create a roadmap that states, districts and individual schools can use to provide excellence in civics and history education for all students.

Since its release in March 2021, the EADRoadmap has reached tens of thousands of educators. EAD’s founding partners continue to work together as part of the EAD Implementation Consortium, and a network of more than 190 “Champion” organizations remains dedicated to advancing the use of inquiry-based instruction for civic learning. School districts in multiple states such as Arizona, Colorado, Massachusetts, New Mexico and Oklahoma are now running pilot programs, creating models and establishing best practices that districts everywhere can use when implementing the EAD Roadmap.

The new funding from NEH will support this work and help achieve the goal of reaching 60 million students and 1 million teachers by the year 2030.

“The NEH is honored to support the implementation of the EAD Roadmap in schools across the country,” said Chair Shelly Lowe. “I’m especially excited about the ways that this investment will create connections between classrooms and local cultural institutions to foster a deeper understanding of our constitutional democracy. As a core component of the NEH’s new American Tapestry initiative, this partnership leverages the best of the humanities to strengthen future generations’ understanding of America and its democratic traditions.”

Through a cooperative agreement with iCivics, NEH will distribute the funds for activities such as the following:

“This new round of funding from the National Endowment for the Humanities shows an enormous vote of confidence in the work already being done to build upon and implement the EAD Roadmap,“ said iCivics Executive Director Louise Dubé, who serves as chair of the EAD Implementation Consortium. “EAD is about elevating how civics and history are taught in this country so all Americans are prepared to play a role in sustaining and strengthening our constitutional democracy. This funding is a tremendous boost.”

The largest allocation through this new round of funding from NEH will be focused on implementing EAD in K-5 schools. Harvard University, through the Edmond & Lily Safra Center for Ethics and Project Zero at the Graduate School of Educations, will lead a competitive grant process earmarked for programs such as new EAD pilots in elementary schools, professional development for elementary school educators, and the development of materials and approaches for teaching civics and history education in the lower grades. $600,000 will be awarded through that process. Importantly, these will include pilot programs and projects with a specific focus on underserved communities and collaborative work with local cultural institutions–libraries, museums, historic sites–to broaden access to the project.

“A particularly exciting element of the Educating for American Democracy Initiative is how it has provided an opportunity for universities to work in support of the civic mission of K-12 schools,” the Director of Harvard’s Safra Center, Danielle Allen, said. “Now the question is whether we can build on that opportunity and forge an enduring relationship between higher education and our K-12 system in support of civic learning.”

The new cooperative agreement represents an unprecedented investment in civic and history education from the NEH, and a commitment to EAD’s goal of creating a new approach that integrates instructional innovation and the blending of civics and U.S. history to teach the knowledge, skills, and dispositions that all Americans need to be engaged citizens and to tell a complete history of the United States and its constitutional democracy. The agreement is a central project of NEH’s new special initiative, American Tapestry: Weaving Together Past, Present, and Future, which uses the humanities to address contemporary challenges and strengthen our democracy.

“This renewed support from the NEH will boost the EAD approach of providing a civic education in reflective patriotism about America’s history, ideals, and challenges,” said Paul Carrese, Director of the School of Civic & Economic Thought and Leadership at Arizona State University. “This national-consensus approach emphasizes preparation of informed and engaged citizens – in constitutional and historical knowledge, but also in the civic virtues needed in our complex, pluralist polity. Those virtues include civil disagreement, and American civic friendship across party and philosophical views. Lincoln warned in 1838 that if America failed to prioritize fundamental civic education we would be risking national self-destruction. The NEH and the broad EAD coalition are doing their part to redress the inadequate priority for and condition of civic learning in our schools.”