An extraordinary investment in civic education at a pivotal moment 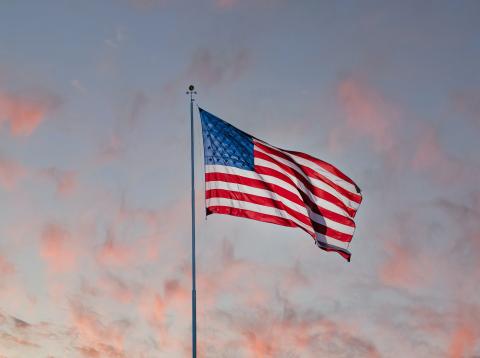 At a moment when the need for better civic education has never been more clear, philanthropists MacKenzie Scott and Dan Jewett stepped up and gave iCivics the largest single donation the organization has ever received. Like all of their philanthropy, this was an unsolicited gift to fund the organization’s important work as it deems best.

Scott has repeatedly said that she does not want their donations to be her, but rather about empowering others to make changes this world needs. And that is truly what we believe this investment will make possible.

At a time of great division, Scott and Jewett have committed to civic education, a proven-effective, long-term way to strengthen our nation’s civic health—one that the majority of Americans, Republicans and Democrats alike, agree can help heal this country.

This gift is a significant stake in iCivics’ ambitious strategic plan to further its work as the leading provider of and advocate for more and better civic learning, and its commitment to elevating civic education as a national priority and making quality and equitable civic education a centerpiece of modern education.

Founded in 2009 by U.S. Supreme Court Justice Sandra Day O’Connor, iCivics is now the nation’s leading provider of high-quality, nonpartisan, effective, and engaging civic education resources. Our award-winning, free resources are used by 145,000 teachers nationwide to teach the majority of middle and high school students in the United States—9 million and counting each year.

But just as importantly, we have become a leading voice in a growing national movement around civic learning. We founded and lead the CivXNow Coalition of more than 200 organizations working to raise up civic education through bipartisan policy on the state and federal levels; and we are working to implement the seminal Educating for American Democracy initiative with a national network of teachers, scholars, students, and leaders from private and public sectors representing viewpoint, professional, and demographic diversity.

MacKenzie Scott’s and Dan Jewett’s investment will foster our work to ensure that each and every student in the United States has access to a high-quality civic education that prepares and inspires them to be informed and engaged members of society.

This kind of support demonstrates the kind of faith in the power of civic education and trust that our supporters have put in iCivics to help build a civic learning ecosystem that will sustain democracy in the United States for generations to come.

We are deeply grateful to Mackenzie Scott and Dan Jewett for their incredible support of our work.

You can help support our work too. We encourage you to find resources to teach civics and bring civic learning into your home and community.