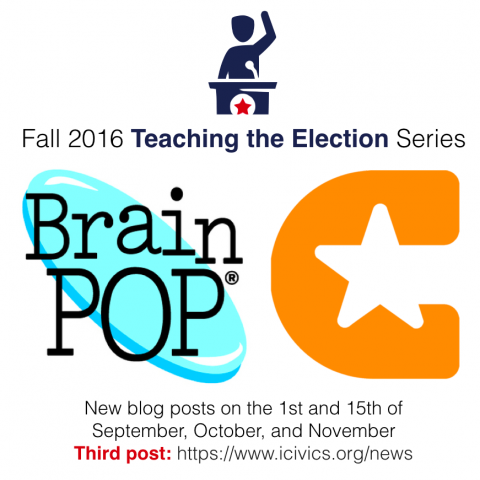 Teaching the Election: The Good, the Bad, the Ugly

This Election season, BrainPOP! and iCivics have teamed up to bring you exciting and relevant ideas and resources for teaching about this nation-wide teachable moment in both deep and interactive ways.

I really tossed myself a softball here.

When I pitched the idea of an election blog series called “The Good, the Bad, the Ugly” to our friends at BrainPOP, it was late spring, and I figured it would be a fun organizational framework to guide our sharing of ideas. Little did I know that in seven months time, it would make for such depressingly on-point writing.

With that, I present the third and final installment of our Teaching the Election blog series: The Ugly.

Where do I start? In my search for “ugly” content, I encountered an embarrassment of riches, although that’s probably not the best idiom to characterize these headlines:

I don’t think the word “ugly” has gotten this much play since Nissan introduced the Juke to the US car market. To be fair, “nasty” is giving “ugly” a major run for its money, but that’s a subject for another blog post.

Back to the point, it seems that everything about this election is ugly: the ads are ugly, the debates are ugly, the public rhetoric is ugly, the behavior at rallies is ugly...I could go on.

Indeed, things are so ugly in this election that it’s fair to ask, “Have Politics Become So Ugly That Educators Are Afraid to Teach Civics?”

The answer, of course, is yes. I would imagine that many are afraid to teach it. But teach it we must! And when it comes to dealing with “the ugly” I say address it head on. That is, teach “the ugly” in a fun, respectful, and non-partisan way. Here are a few of my ideas for doing precisely that:

There can be some comfort in knowing that our democratic republic has endured ugly politics since its founding. Bigly. As Jay Mathews of  The Washington Post reminds us, this is hardly the first time that an American election has been ugly:

We Americans have spent a great deal of time telling each other how awful this election season is. We assume that we have reached some new low, but that’s not true. In the glory days of our nation’s first elections, people were chattering about Alexander Hamilton’s adultery and Thomas Jefferson’s impregnating a slave. If you are offended by Twitter insults, remember that Abraham Lincoln was called an “idiot” and a “gorilla.”

Speaking of Thomas Jefferson impregnating a slave, the Election of 1800 offers an excellent case study in ugly politicking. As Peter Feuerhard writes for JSTOR:

The election pitted John Adams, Washington’s successor and the standing president, against his own vice president Thomas Jefferson, whose Democratic-Republicans championed the cause of small farmers and the working man. Both candidates suffered personal attacks; Adams, for his perceived lack of masculine virtues, Jefferson for rumors that he had fathered children with one of his slaves and, enamored with French revolutionary ideas, had plans to install a Bonaparte-like dictatorship in America. His heterodox Christianity also raised charges of atheism.

Here’s a thought: have your students rewrite the above blurb for the 2016 Election. I must say, it’s a fun exercise. This is what I came up with:

The election pits Hillary Clinton, Obama’s successor against Donald Trump, whose wedding she attended and who champions the cause of the poor, White man. Both candidates have suffered personal attacks; Clinton, for her perceived lack of masculine virtues (LOL), Trump for rumors that (insert any number of scandals here) and, enamored with himself, has plans to install a Putin-like dictatorship in America. His public mocking of a reporter with a disability also raised charges of ableism.

If you watched my TED talk, you know that I am no fan of political memes. As I said, “Why are we using stolen images, impact fonts, and snarky one-liners to discuss complex socio-political issues?” Unfortunately, ugly political memes have been an enduring feature of American politics over the past few years, and this election has offered no respite. Your students are seeing them, liking them, and sharing them, or at least their grandparents are, so instead of pretending like this isn’t happening, confront them head on!

Select a diverse sampling of safe-for-school-but-nonetheless-ugly political memes and have your students recreate them in less snarky and more respectful ways. Here’s an example. I Googled “Anti-Hillary Meme” and found this gem: 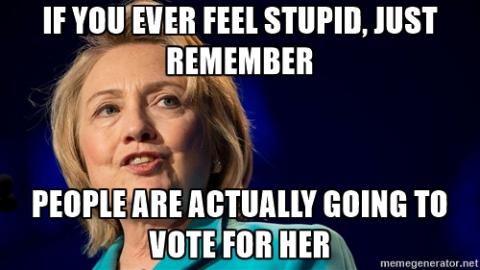 Then I recreated it to be more respectful. 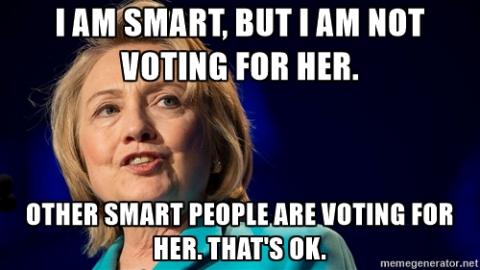 This was a lot of fun too! Imagine all of the creative memes your students will create. You can then have the class vote on superlatives such as “Most Civil”, “Most Clever”, “Most Likely to be Shared by my Grandpa”, etc.

When I told Andrew at BrainPOP about my meme idea, he shared with me his “breaking news” stills idea. I, of course, loved it! Check out the breaking news generator as well as my example of a respectful (Ahem...not ugly) headline that I created with it.

Emma’s Still (by the way, “HNN” stands for “Humphries News Network.” I know, I’m so clever) 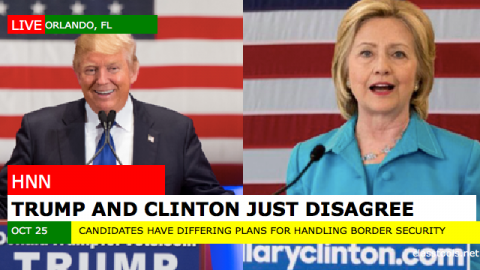 We don’t need to pretend like this campaign is anything other than the ugly display of hyperpolarization and reality TV-like shenanigans that it is. Embrace it and allow your students opportunities to critically analyze it, evaluate it, create something from it, and reflect upon it.

Speaking of those important skills, the strategies I presented above are woefully inadequate without skillful pre- and post-teaching. By themselves, they are nothing more than fun classroom activities – lovely means without an end. In order for them to be meaningful and effective, they must be coupled with explicit teaching of campaign and media strategies (e.g., mudslinging, gaslighting, negative campaigning, etc.) as well as opportunities for student reflection.