A Reflection: Common Ground in Our Divides 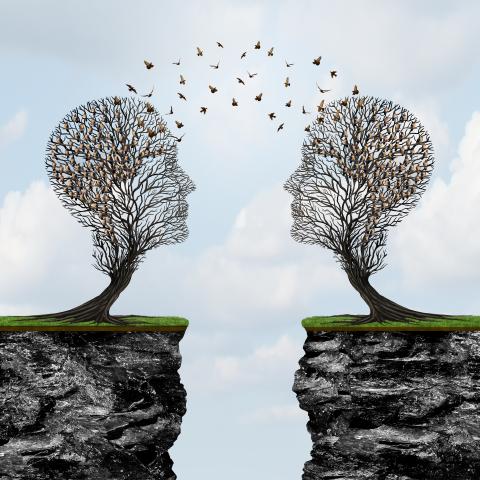 A couple of weeks ago, I left Atlanta in the morning where I had attended a meeting with a conservative libertarian group. Given iCivics’ commitment to nonpartisanship and engaging with viewpoints across the political spectrum, I had been invited to the annual event to test out the appetite for coming together on common sense solutions around issues facing our constitutional democracy.

I then flew to New York City, where I attended a meeting of what might be deemed a more liberal group.

The juxtaposition was startling. I traveled between a corporate-looking hotel space to a large industrial space. From a large group of 1,400 folks mostly in suits and ties to an eclectic, colorfully dressed, and diverse group, most of whom likely lived on the eastern corridor and attended the same set of institutions of higher education. I went from an exploration of whether Americans are as divided as they seem to exploring human connections, building relationships across humility, and offering listening as an act of love. From conversations spanning cowboy boots and a universal dislike for elites to discussions about the “bravery” of social justice work.

These were very different spaces. Very few people get the opportunity to travel so far across the political spectrum. When you do the work I do, you learn the codes from each camp, the throwaway lines that mark you as part of the tribe. I expected the contrasts and stereotypical icons, but this day was memorable not for the contrasts, but for the similarities. I was startled because I heard the same EXACT words in both spaces:

Most of all, there was a clear recognition that actors are profiting either financially and/or politically by dividing and “outraging” Americans. While divisions were acknowledged, it was noted that the vast majority of Americans continue to hold moderate positions.

The experience was not easy. I heard comments that I found very difficult, but the richness of the experience I would not trade. I am grateful to both groups for allowing me into their bubbles, to see the points of commonality and hopes for our country and life together. While the work I do may give me insight into the demarcations of different groups, it also reminds me of the power of our life together—e pluribus unum—and the important role that civic education has to play in building civic friendships across differences.

At iCivics, we advocate for more and better civic education. This experience says something about the “better” part. The civic education we need for all students must reflect the diversity of our nation, community by community. It should foster debate across a plurality of ideas, and encourage reflection about whether we have more in common than what divides us.