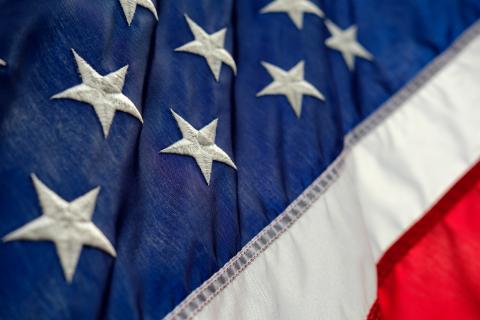 The power to sing is an amazing gift. What’s the most beautiful rendition of “America the Beautiful” or “The Star-Spangled Banner” you’ve ever heard? For me, it’s Ray Charles followed by Whitney Houston singing live at the Super Bowl in 1991. Pipes exercised to perfection. Do you sing?

You should. I had the pleasure and honor to attend my first naturalization ceremony at the National Council of the Social Studies’ (NCSS) annual conference this year. It was amazing. A high school choir sang the national anthem; then “America the Beautiful” played while images of immigrants and naturalization ceremonies past flashed on the screen in slideshow fashion, and I cried a little. Yeah, I did. And so did the people next to me and in front of me. Okay, we cried a lot.

I should point out, I didn’t know anyone who was naturalizing. Family, friends, and complete and utter strangers (like me!) watched 52 immigrants from 21 countries across the globe take the oath of allegiance and become citizens. So what does singing have to do with anything?

Judge Lucy Koh, the first Asian American United States district court judge in the Northern District of California, administered the oath of allegiance each immigrant takes to become a U.S. citizen. After the official ceremony, she and Karen Korematsu shared some parting advice with the new citizens. Judge Koh’s advice: Don’t ever stop singing. 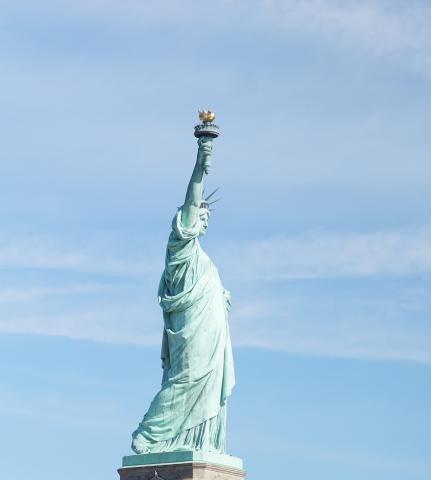 If you don’t know, the song goes a little something like this: “This land is your land. / This land is my land. / From California, / To the New York island, / From the Redwood Forest, / To the gulf stream waters, / This land was made for you and me.” Song lyrics have a way of capturing truths like no other. America, just as much mine, as it is yours, as it is the immigrants’ that became citizens in front of an absolutely thrilled audience on that stage.

Before the naturalization ceremony, I watched family after family enter the ballroom and be escorted to their seats. Immigrants naturalizing in the first four rows on the right, family and friends motioned in the opposite direction to seats on the left. What does it feel like to know you’re about to consciously become part of a nation?

“Do I need to take my [American] flag?” one man in particular asked before he left his family to take his seat.

The woman directing traffic and greeting families replied, “You don’t have to. It’s up to you.”

He pried it from the clutches of his daughter who had been playing with it as she lay in her bassinet stroller anyway. “Ok, can I have my flag now?”

Most of us natural born citizens have no idea what it actually feels like to be on the precipice of belonging in this way. Becoming a naturalized citizen is no small feat. Immigrants have to prove lawful permanent residence for a period of at least five years (in most cases), prepare for and pass a citizenship test, and prove their ability to read, write, and speak English. With citizenship, finally comes the ability to vote, be a juror—Judge Koh plugged that responsibility and privilege—and apply for certain government jobs. How many of us exercise our “citizen perks” or think how lucky we are to have them? I realize I’m generalizing, but still. Only about 61% of the population reported voting in the last presidential election. In most local elections that number is even less. It took President Obama fulfilling his selection for jury duty to actually make it civic participation a cool thing to do. But let’s not turn tangent and begin a diatribe about what it takes to maintain our republic. Back to singing . . . This land is your land, this land is my land.

Judge Koh shared that as a kindergartner that day, she stopped singing. As an adult, she testified it was a “huge mistake.” Singing? It’s fighting. Standing up. Speaking out. That’s a huge part of the liberty we gain and enjoy as citizens. When is the last time you used your voice? It’s probably a little ironic that Judge Koh shared this advice as she sat beside Karen Korematsu, the daughter of famed Japanese American civil rights hero Fred T. Korematsu. What’s not ironic is that he was really just an ordinary citizen like you or me. In the thick of World War II, he was arrested for refusing to relocate to the internment camps the U.S. created to detain people of Japanese descent. Korematsu used his voice to call out an injustice. This land is my land . . .

Do you hear singing? Metaphorically maybe?

To remind our newest citizens to never stop singing was an inspiring piece of advice. Let’s all remember the shared ownership of a land made for you and me and our responsibility as citizens to lift our voices in all sorts of collaborative efforts to make it a better place.

To watch the U.S. Naturalization Ceremony at the 2017 NCSS Annual Conference, click here.

Then watch Judge Lucy Koh’s advice to the new citizens!

Taylor Davis is the iCivics Curriculum Associate. She supports iCivics by contributing to curriculum and outreach efforts. Taylor began her career in education as a middle and high school English teacher.  She has a particular interest in helping students realize that education opens doors.