An Inside Look at Interning for iCivics 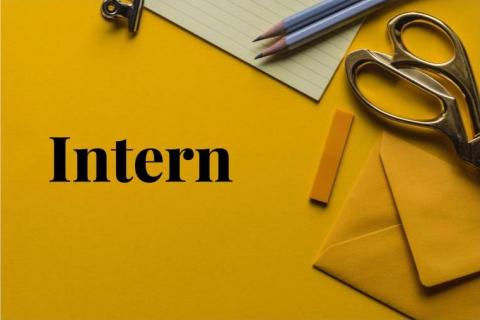 This summer, I had the opportunity to work at iCivics as the CivXNow Fellow. CivXNow is a cross-partisan coalition, launched and led by iCivics, that is working to create a culture shift that elevates civic education and engagement as a national priority in order to protect and strengthen America’s constitutional democracy. The coalition advocates for bipartisan federal and state legislation that supports implementation of state and local policies that reimagine and deliver relevant, inclusive, and engaging K–12 civic learning, both in- and out-of-school.

My role on the iCivics team was to support CivXNow coalition efforts around the Civics Secures Democracy Act and help out with the Educating for American Democracy initiative. I did the usual intern things of course—updated spreadsheets and sent emails, made some really cool graphics that I didn’t know I was capable of creating, participated in intern icebreakers, and wrote up briefs—but I did all of that while being surrounded by individuals from across the country who are dedicated to ensuring that all students have access to a high-quality civic education. Individuals who are dedicated to building an educated democracy, an educated public, from the moment students step foot in school. Individuals who are working incredibly hard to make the tools and resources for that education available to students and teachers.

My time at iCivics has taught me that, though there are a wide range of views across the field, there are still people who want to build bridges to connect them all. The Civics Secures Democracy Act is a bipartisan bill not just in name but in practice. The Educating for American Democracy Roadmap was created after discussion amongst individuals from all parts of the political spectrum and every kind of stakeholder in education.

A professor I had last quarter told our class that the most dangerous person in public policy was the uninformed voter. Working at iCivics has given me the opportunity to see the effort that is being poured into making sure that the future voters in our country are informed, that they are part of this democracy, and that they realize their involvement is critical to its enduring strength.

Pranathi Posa is student at the University of Chicago and a Summer Fellow with the Second Day 2021 Cohort.