Bringing Civics to Life for Students Through Film 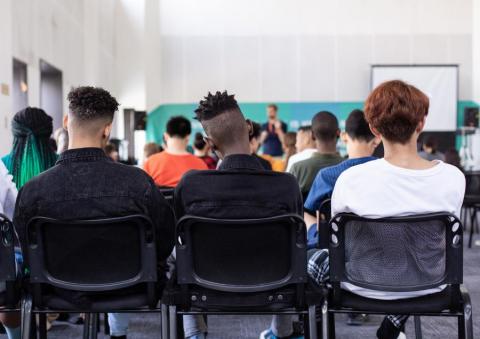 As U.S. Supreme Court Justice Sonia Sotomayor once said, “For me, civic education is the key to inspiring kids to want to stay involved in making a difference.” When students understand how government functions and the role that people play in shaping a democracy, they begin to see the value of civic education that Sotomayor highlights.

One way to allow students to step inside of a civic experience and gain a deeper understanding of the function of government and the role that they play is through film. When used properly, films can be a powerful educational tool to develop critical thinking skills. Educators who have used film in their materials agree. One resource you might use is Journeys in Film.

Journeys In Film is a non-profit organization that believes in the power of films to open minds, inspire an interest in learning, amplify issues, and compel viewers to make a difference as they engage in their communities. “Journeys In Film introduced me to films that can have a great impact for change in the classroom,” an educator recently shared after a professional development workshop highlighting Journeys in Film’s materials.

The Journeys in Film library of films with corresponding free resources (CORE-based curricula and/or discussion guides) includes 22 films that have dedicated Social Studies Lesson Plans, many with civics components. The lessons are designed to be simple enough for the beginning teacher to manage easily, with all materials camera-ready. And of course, all lessons are standards-based, so the teacher can readily incorporate film into an established set of learning goals.

Eager to try using films in your classroom? Here are some iCivics resources that pair well with Journeys in Film lesson plans:

Jennifer is a writer, film producer, and educator whose work focuses on highlighting shared human experiences to cultivate empathy and understanding. Her films have screened across the United States and abroad and have been featured by NBCLatino, ABC, Univision, Fusion, NBCBLK, Vice News, and others, with her film “THE wHOLE” premiering at Amnesty International’s 50th Anniversary Human Rights Conference. She has developed curriculum for LA’s BEST, the Metta Center for Nonviolence, and in conjunction with the Outreach Center for the Center for Middle Eastern Studies at Harvard University, where she received her M.A. She is currently the Outreach Director for Journeys in Film. You can connect with Journeys in Film on Twitter, Instagram, and Facebook.