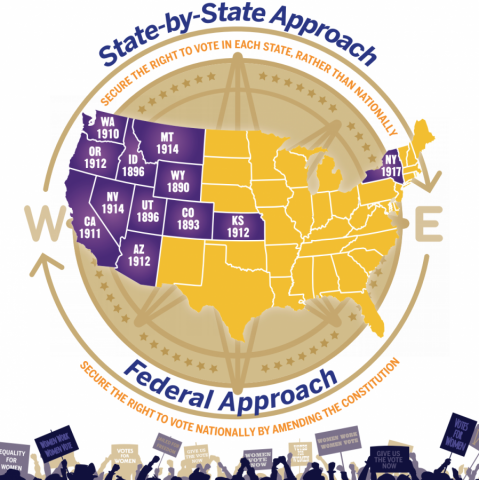 There’s no doubt your students are very aware that it’s a presidential election year. But what they may not know is that 2020 is also the 100th anniversary of the ratification of the 19th amendment, which granted women the right to vote. Women’s History Month is a perfect time to dive deeply into the women’s suffrage movement.

To commemorate this milestone, we’ve created several new resources to help you teach about the importance of voting and how many U.S. citizens, including women, have had to fight for their right to vote.

Women’s Suffrage: A Movement in the Right Direction Infographic
Use this printable infographic to talk about how the battle for women’s suffrage was fought at both the state and federal levels.

Movement and Action: The Women’s Suffrage Movement WebQuest
In this WebQuest, students learn about the four civic tactics employed by the women’s suffrage movement that ultimately helped them achieve their goal.

Woman Suffrage and World War I
World War I had a big impact on the woman suffrage movement. The primary sources in this powerful new DBQuest show how suffragists used the stated purpose for the war—fighting for democracy—to champion for this same right at home.