If you want to talk about educational reform, you will find a lot of statistics about poor performance and theories on how to tackle it.  So far, easy.  There is still much controversy about how to fix the problems but most agree that the biggest problem is addressing educational achievement for poor students.

When you talk about "poor kids", it’s also a round-a-bout discussion on race.  No one wants to address the elephant in the room.  The harsh reality is that unfortunately, many students of color in this country live below the poverty line. In fact, “in about half of the 100 largest cities, most African American and Latino students attend schools where at least 75 percent of all students qualify as poor or low-income under federal guidelines” (The Concentration of Poverty in American Schools).  You can find more on this information on the National Equity Atlas site.  When we think about the relationship between poverty and academic achievement, race cannot be ignored.

I attended the NewSchools Venture Summit recently.  Traditionally just called “Summit”, it previously to assemble a group of like-minded, homogeneous (mostly white), ed-reform folks, dedicated to fighting for change in schools.  This year was very different. The Summit was inclusive, diverse and transparent.  Genuine disagreements were expressed and a holistic step toward ed-reform solutions had begun.

Race was at the center of this year's conversation. Education reform carries the difficult question at its core: how does a group of mainly white people, well intentioned though they may be, have the right to decide about other people’s children?  At Summit I experienced a real shift in attitude, open to leadership and insight from communities of color as partners in solving these issues.  One question was left hanging:

Real equality would require that privilege be acknowledged and let go.

How is that going to happen?

I thought about how the civic education and social studies spaces can adopt some of these new perspectives on reform from the NewSchools Summit.  This led me to the election and how we can teach it better. All communities must feel they have a real voice in the direction of this country and an informed opinion on the issues at hand.  Proper education is the first in ensuring the promise of this great nation reaches every citizen.

As our country wrestles with the issue of privilege, we must acknowledge that  historically, democratic and privilege shifts are not smooth transitions.  Our democratic institutions and processes provide us with the structure to hold these tensions not easily but fairly. That is why it is so very important that every student learns about our unique American democratic system.  They must understand the system because they will be the guardians for the values that all Americans must hold dear.  They will be the ones who will make this nation better.

I leave you with this:

“We the People of the United States, in Order to form a more perfect Union, establish Justice, insure domestic Tranquility, provide for the common defence, promote the general Welfare, and secure the Blessings of Liberty to ourselves and our Posterity, do ordain and establish this Constitution for the United States.”

Learn more about the Summit here. 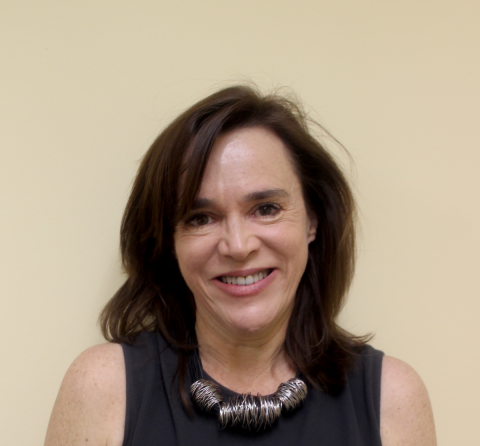 Louise Dubé is executive director at iCivics. Louise has devoted her career to ensuring that all students are prepared for active and thoughtful citizenship and life. Follow her on Twitter @Louise_Dube