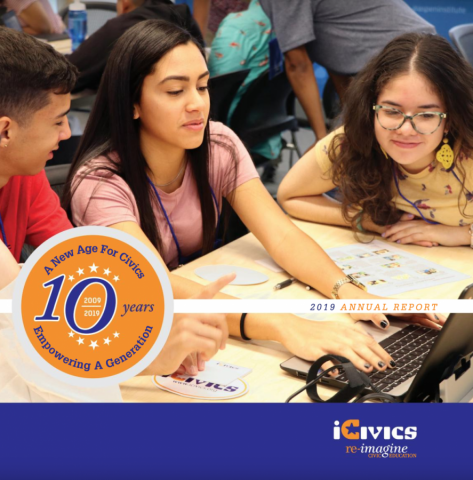 In 2009, a 79 year-old former Supreme Court Justice, who had never played a video game in her life, founded an educational video-game company to reimagine civic education in America.

Ten years later, iCivics is the nation’s leading provider of civic education curriculum and resources. Last year alone, our games were played nearly 19 million times. 108,000 teachers now actively engage with our platform, and iCivics benefits 6.75 million students in all 50 states. That is an increase of nearly 30% over the previous year!

Most importantly, behind those numbers is something far more meaningful: countless young people, who otherwise would not care, now appreciate the significance of their civic roles in society – and are inspired by it.

Some of our notable acheivements in 2019 include:

Read more in our 2019 annual report and view a celebratory 10-year timeline.