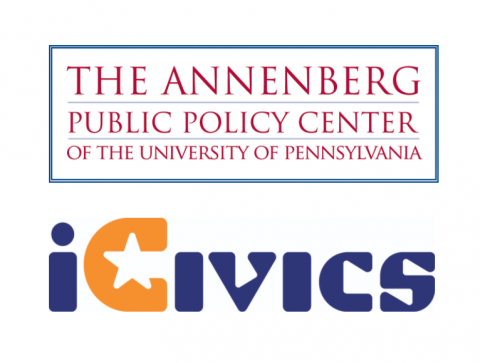 CAMBRIDGE, Mass., and PHILADELPHIA, Pa.  — With the election less than 100 days away, iCivics and the Annenberg Public Policy Center of the University of Pennsylvania have re-released three free, nonpartisan online games designed to help educators, parents, and families teach middle and high school students how our three branches of government interact, how the judicial system works, and how laws are made.

The games, which can help young people navigate headlines that are becoming more complicated by the day, are ideal for classrooms, remote learning, and at-home schooling. All three have been significantly upgraded to better reflect the public policy issues and challenges our country faces in the current moment, as well as the unique stories of a broad range of everyday people.

The games, which are available at iCivics.org and Annenberg Classroom, include:

All three revamped games are designed to promote equity and inclusion for all students. They come with new avatars to allow students to represent themselves in a greater variety of ways, and have been designed with an English-language learners version to support non-native English speakers and native-English readers. New features include an in-game glossary, image-supported concept assistance, Spanish-language mode, and voice-over for critical game content.

About iCivics
U.S. Supreme Court Justice Sandra Day O’Connor founded iCivics in 2009 to transform the field through innovative, free educational video games and lessons that teach students to be knowledgeable, curious, and engaged in civic life. Today, iCivics is the nation’s largest provider of civic education curriculum, with its resources used by over 113,000 educators and more than 7.1 million students each year nationwide. Visit icivics.org to learn more.

About the Annenberg Public Policy Center
Founded in 1993, the Annenberg Public Policy Center (APPC) of the University of Pennsylvania is the home of Annenberg Classroom, which is dedicated to enhancing civics knowledge. Annenberg Classroom, a project of the Leonore Annenberg Institute for Civics, provides teachers with a free multimedia curriculum to teach the Constitution to middle and high school students. Its resources include games, timelines, lesson plans and videos, including a dozen award-winning films produced by the Sunnylands-APPC Constitution Project, whose advisers have included Justices Sandra Day O’Connor, Stephen Breyer, and Anthony Kennedy. Visit annenbergpublicpolicycenter.org and annenbergclassroom.org to learn more.